In BBC Two documentary Rubens: An Extra Large Story, WALDEMAR JANUSZCZAK sets out to correct the misconceptions that have arisen about the artist, whose vast and grandiose canvases seem too much for modern sensibilities. Here Waldemar writes for BBC Arts about making the show, and presents two exclusive clips on Rubens and his art, along with a gallery of all the works featured. 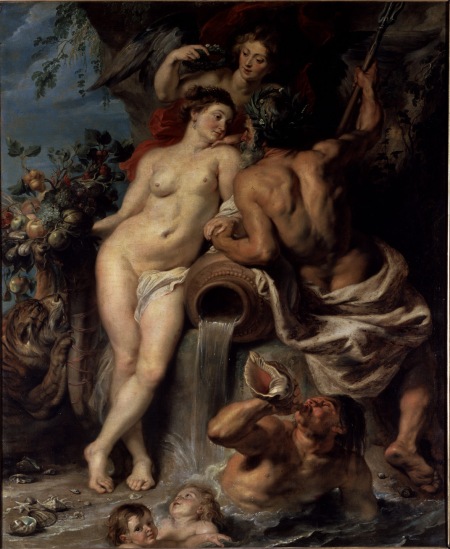 Among the undisputed greats of art, only Picasso can rival Rubens in the number of works he produced, and the range of media he employed. Tapestries, domestic interiors, altarpieces, portraits, nudes, landscapes, mythologies, all manner of prints and book illustrations – Rubens did everything.

Rubens’ women are seen as something unhealthy, lax and even disgusting. It’s a viewpoint I try to challenge

And he wasn’t just an artist. He was also a politician, a landscape designer, an architect. Trying to find a path through all this output is the filmic equivalent of a trek through the Amazon – without a map. Or a compass!

So that’s one problem. But then there are all the other problems! Rubens wasn’t just fertile. He was also fleshy and abundant in a way that the modern world does not generally admire.

Not to mince words – his women are too fat. It’s what everyone knows about him. The phrase ‘a Rubensian woman’ has entered our national conversation. When you call somebody that what you are really saying is “she needs to go on a diet”.

Dawn French put it wonderfully: “If I had been around when Rubens was painting, I would have been revered as a fabulous model. Kate Moss? Well, she would have been the paintbrush.”

In our world, a world that sends size zero girls onto its catwalks, Rubens’ women are seen as something unhealthy, lax and even disgusting. It’s a viewpoint I try to challenge in my film.

Who’s really unhealthy here? The modern world with its starvation diets and its liposuction? Or Rubens’ world with its motherly softnesses and its bigger bottoms? Rubens, reader, is all about the bass. And that makes him more contemporary than many have assumed.

Is that where the problems end: with his larger women? No. It’s where they start. The size of Rubens’ women has a direct correlation with the size of his mythologies. We all like a bit of Greek and Roman mythology, right? But does it really have to come in these immodest pictorial sizes?

There are Rubens paintings out there that are bigger than the side of a house. And look how much exposed and bouncy flesh they contain. Where some painters give us a single Venus reclining alluringly on a bed, Rubens gives us thousands of them, massed into huge mythological armies, biting, fighting, wobbling crazily in our direction.

When you find out what they’re actually doing in these huge expanses of shaking pictorial flesh, you see things that would make Peter Stringfellow blush

And when you turn a camera on them, and find out what they’re actually doing in these huge expanses of shaking pictorial flesh, you see things, reader, that would make Peter Stringfellow blush. When I say that Rubens was inventive I mean it as a compliment, but also as a bit of a warning.

Most of the time he was joyous and exciting. But every now and then he was pictorially outrageous, too. Fortunately, in ways that the camera enjoys discovering.

When I set out to make this film, I had no idea what was really happening in the far corners of his art. Few people have ever got high enough or close enough to see it. But modern cameras can. And, hallelujah, they love it.