Vodou like many religions invoke the spirit to address circumstances occurring beyond our comprehension. Figure B-1 is a painting by the Haitian artist, Hector Hyppolite.

Hector Hyppolite (1894-1948) used symbols for spirits in many of his paintings. Hyppolite was a third generation vodou priest, or houngan. If you remember in an earlier blog “Shadows and Symbols“, we alluded to  symbols used for a Vodou goddess. The use of symbols are just that, symbolic of something else. Figure B-1 is an example of a painting by Hector Hyppolite which incorporates many Vodou symbols. 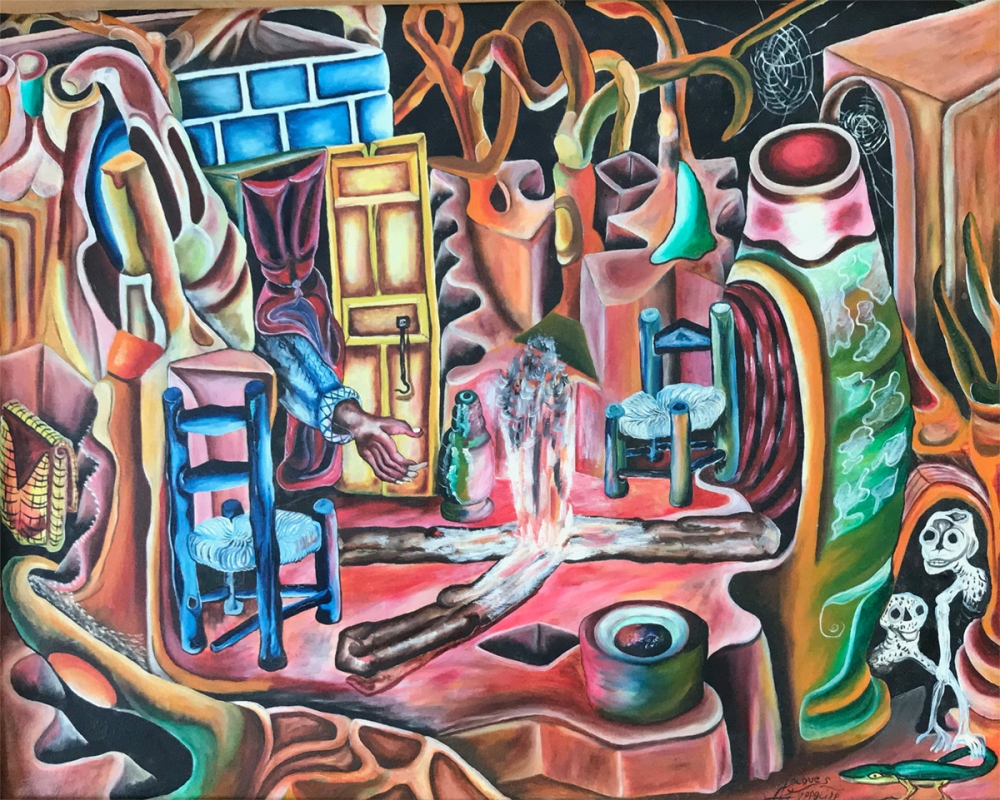 Figure B-1 suggests death, in that skeletons are shown. In this painting both life and death are represented. I am not sure what the other symbols included in the painting represent. In the later years of the artist’s life, Hyppolite painted a darker side of Vodou and was subordinated to the image of the loa (lwa). In Haiti, the Gede are the family of loa (lwa) that embody the powers of death and fertility. He was untrained as an artist. Hyppolite often painted with brushes made of chicken feathers and furniture enamel.

Haitian Vodou is a syncretic religion. Practitioners are called  “servants of the spirits”. Vodou merges and assimilates several traditions, especially in religion. Syncretism is also expressed in Haitian arts as a conceptual approach that does not hold rigidly to a single set of assumptions.

Vodouists believe in a distant and unknowable Supreme Creator, Bondye, meaning “good God. According to Vodouists, Bondye does not intercede in human affairs, and thus they direct their worship toward spirits subservient to Bondye, called loa.  Every loa is responsible for a particular aspect of life, with the dynamic and changing personalities of each loa reflecting the many possibilities inherent to the aspects of life over which they preside. To navigate daily life, Vodouists cultivate personal relationships with the loa through the presentation of offerings, the creation of personal altars and devotional objects. They participate in elaborate ceremonies of music, dance, and spirit possession, which can take control of a body. https://en.wikipedia.org/wiki/Haitian_Vodou

As mentioned in the previous blog, Erzulie Freda is a popular loa in vodou beliefs. She was also a seductress. As in many cultures, when the practice conflicts with the prevalent custom at the time, they often assign that practice or practitioner a name with a negative connotation. The term demon, succubus or seductress is often used to describe a negative spirit or mythical entity. Mind you, not all seductresses or seductors are viewed negatively.

Perhaps the most famous seductress of all time, Lilith is known as the mother of all Succubi. She appears in Sumerian, Egyptian, Greek, Roman, Judaic, and Christian mythology.

Lilith was a goddess of fertility and witchcraft and was associated with dark demons. Lilith was a beautiful woman who the Greek goddess Hera (wife and sister of Zeus) transformed into a monster, after her beauty attracted Zeus’s roving eye ( the gods were also capable of being jealous ). Lilith roamed the world, seducing men and having babies.

In Judeo-Christian mythology as Adam’s first wife, Lilith refused to honor him. Legend has it that she liked the demons more than Adam, so she mated with them and began bearing their children. These children went out into the world as demons, some of them as independent as their mother. These became the Succubi. Succubi take the form of a woman in order to seduce men while they sleep, usually through sexual activity. In later folklore, succubi took the form of sirens. https://en.wikipedia.org/wiki/Lilith. The male equivalent of the succubus are Incubus which later took the form of a piren.

Figure B-2 is a painting “Faust and Lilith” by Richard Westall illustrating Lilith. In this portrayal of Lilith, Westall has lessened her sensual nature. The background images of trysts appear more like the Lilith envisioned from mythology, as a seductress. 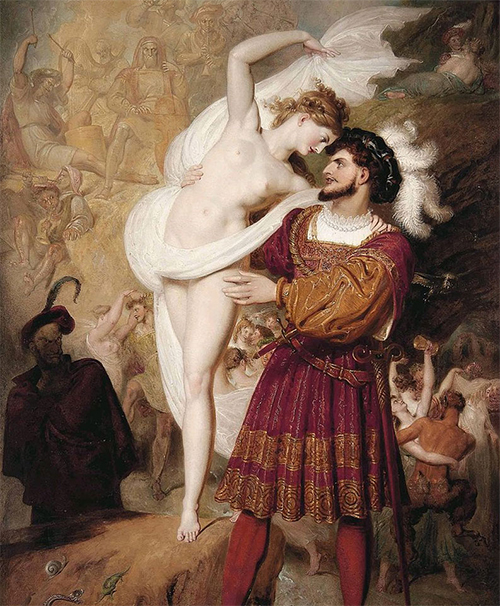